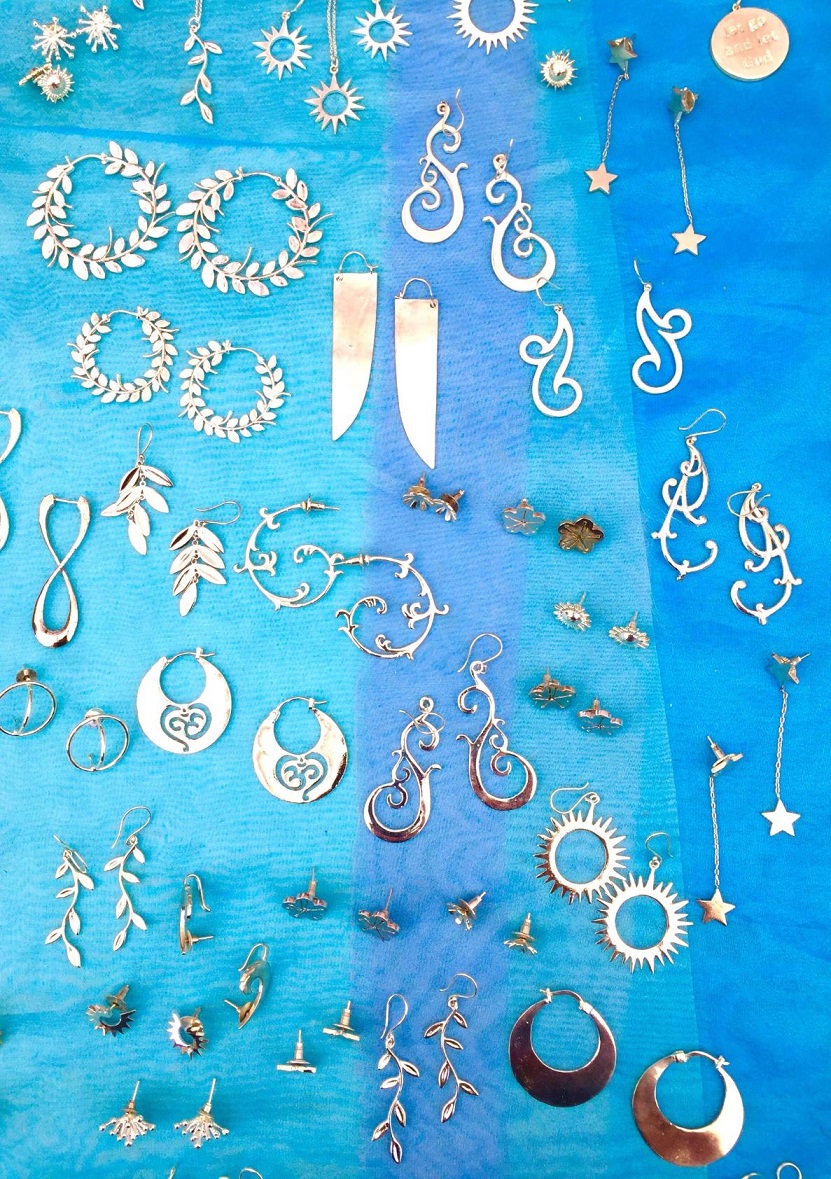 Amy Marx sells seaglass, crackled stained glass and gold and silver jewelry at Eastern Market. In addition to selling at Eastern Market Amy Marx has sold her jewelry in boutiques and department stores throughout the US and in Japan, Singapore and Sweden. Her work has been featured in numerous fashion magazines including Vogue, Elle and Glamour, and on The Oprah Winfrey Show. A life long fine artist, her paintings have been exhibited in a large number of galleries and museums in this country and internationally, including in major galleries in New York. Her work has been featured on tv, including on The Weather Channel and has been written about in many publications including The New York Times, the Washington Post and Artist Magazine.